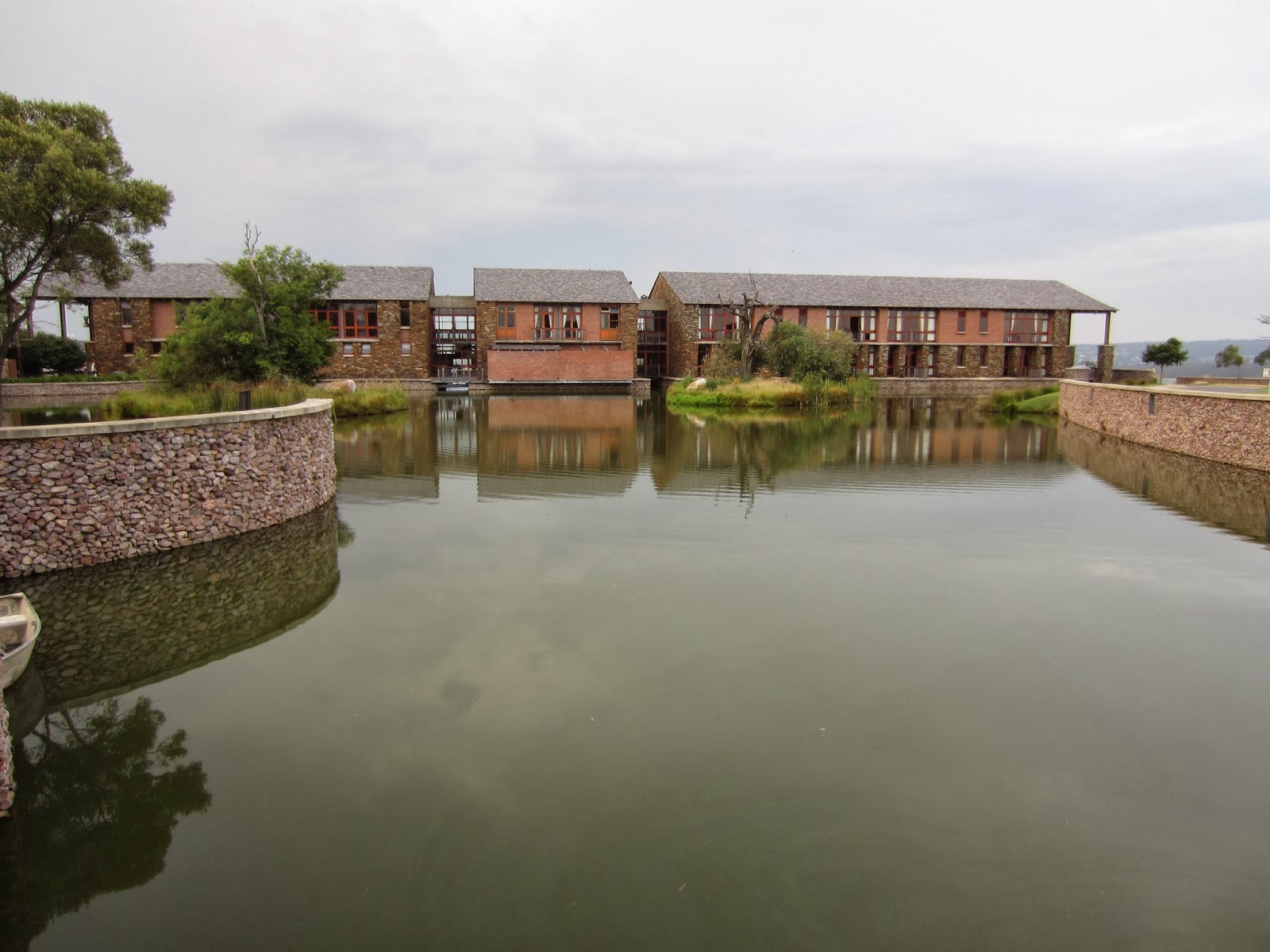 January 22nd
I woke up to a beautiful morning at Tintswalo at Waterfall Hotel. Had a pretty good breakfast, before spending the morning in front of the computer, to organize my upcoming trips. I also had a walk around the neighbourhood, before taking the Gautrain bus back to the station. Or least, I thought I would. I simply didn’t have any credit on my card and with no other options, but to take a taxi to get back to the train station. I thought it was a bit unfair and I decided to ask locals, what I could do. There was nothing to do and a taxi would cost me at least 25 dollars. Suddenly one of the local remembered that one of his friends drive the route everyday and I was asked to just wait for a few minutes. After a few minutes the friend did drive by and I was offered a ride to the Gautrain Station. YES, again I was lucky and on my way to Emperors Palace. First stop Rhodesfield Station fromwhere a Gautrain bus leaves to Emperors Palace. I had a short, but nice stay at this 5 star casino hotel. I had access to the Club Lounge fromwhere I was offered free movie tickets and a 100 Rand Casino voucher. I accepted both offers with appreciation and had an amazing evening. First, I was my favourite actor, Leonardo DiCaprio, in The Wolf of Wall Street, directed by my favourite director, Martin Scorsese. 3 hours long and a real masterpiece. I hope DiCaprio finally receives his long deserved oscar. Incredible performance, one of the best in film history. I never gamble, but with a 100 Rand Casino voucher, I had nothing to lose. I played for 10 minutes and won 900 rand (around 80 dollars), my travel budget for around 10 days. I was a happy man and went straight to bed before my trip on the famous Rovos train the following morning. 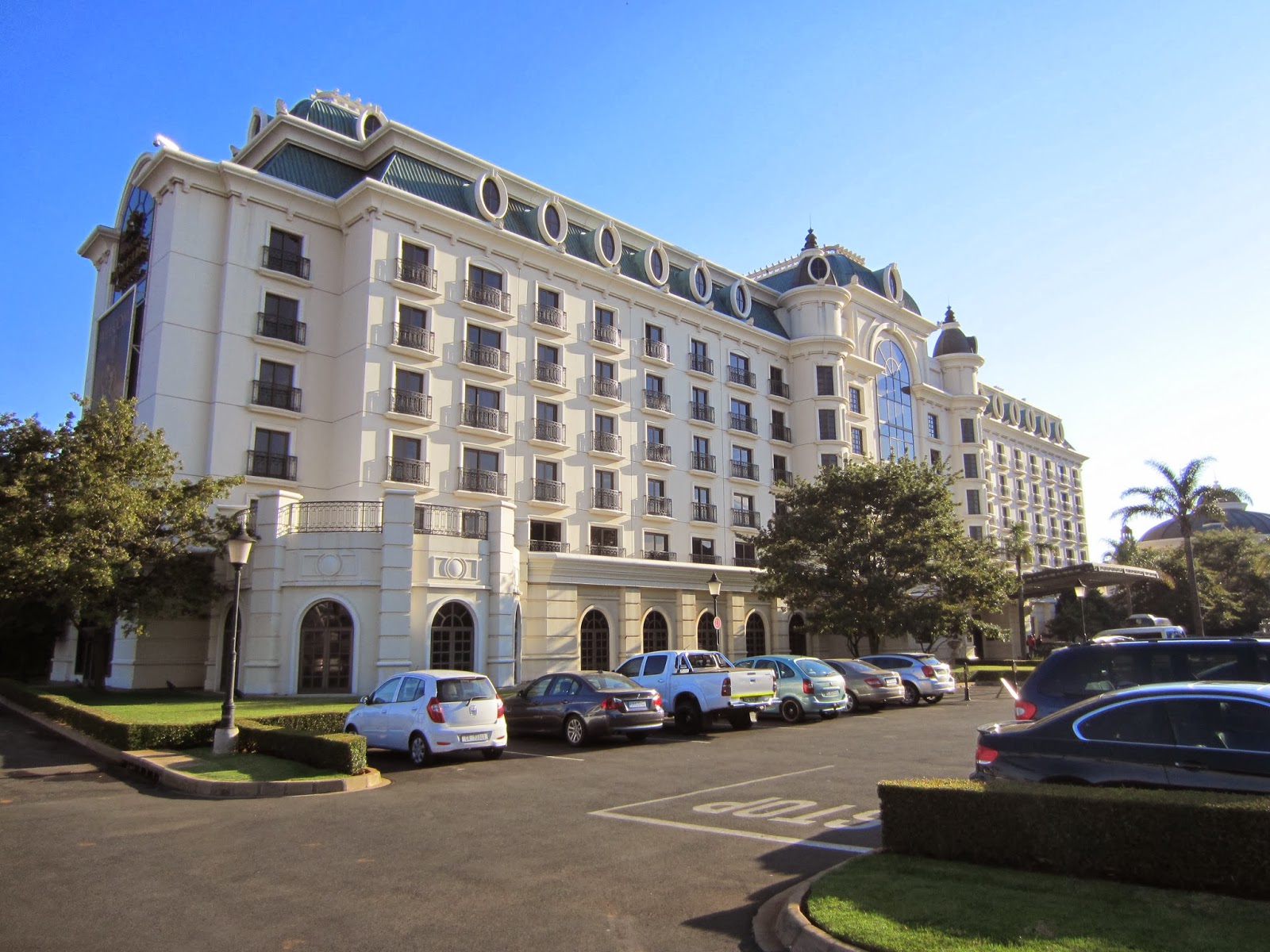 January 23rd
I woke up at 6 AM to catch the Gautrain bus from Emperors Palace to Rhodesfield Station, fromwhere I took it all the way to Pretoria Station, where the luxurious Rovos Rail train would be waiting for me. To my surprise, Rovos Rail has a private station outside the city and that meant no option, but to take a taxi to get there. I negotiated hard and ended up paying 100 Rand (less than 10 dollars), but it was a high priority not to miss the train. My first impression of the Rovos train was good. My room is very comfortable with a good shower and soft bed. I had high expectations for the food based on people reviews and its pretty good keeping in mind it is made on a train. We are not talking Michelin starred food, but very good food with excellent wines. I also talked to the other passengers and I really enjoyed it. The only minus was the missing wifi, but it gave me the opportunity to fully relax. 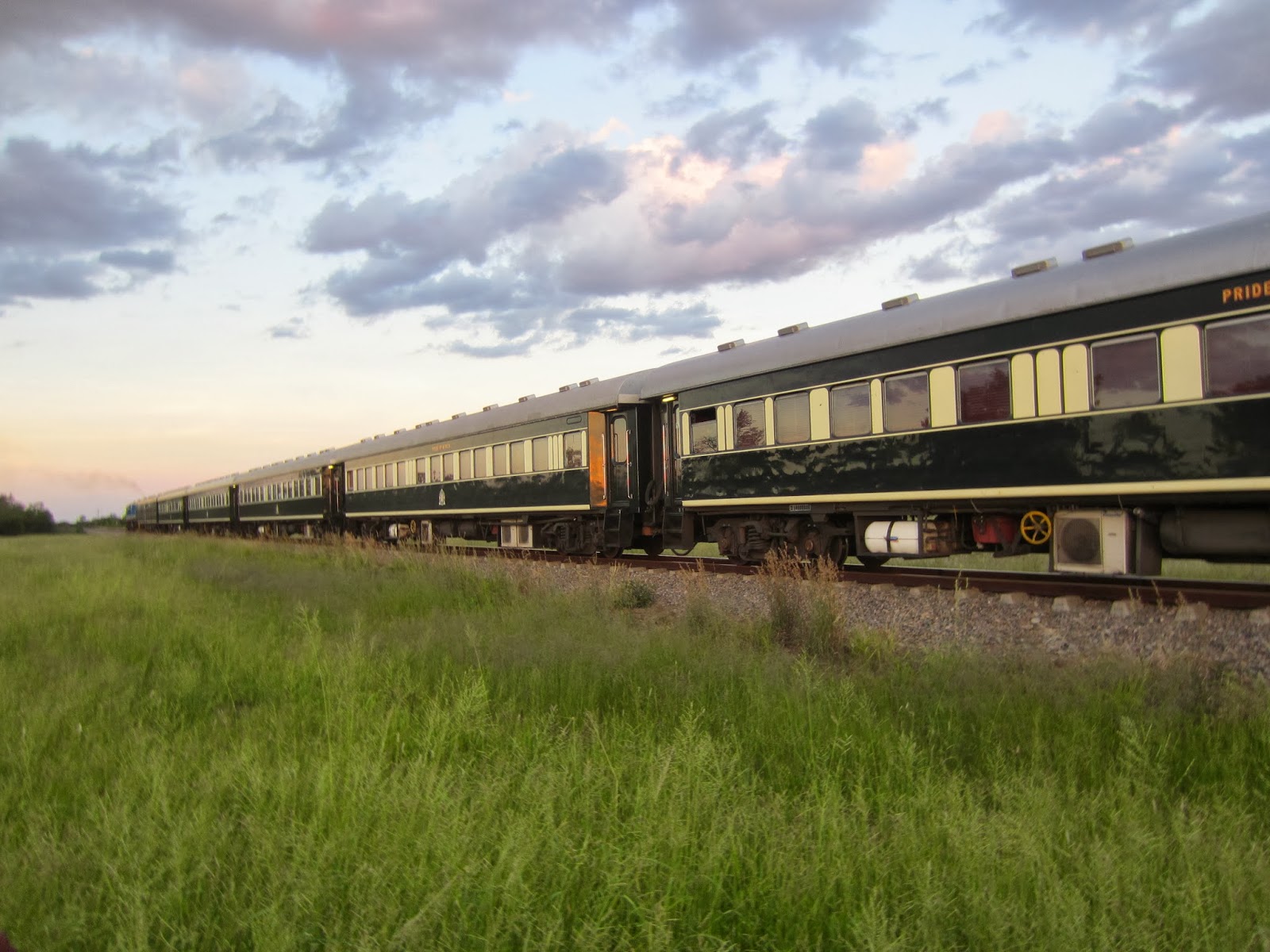 January 24th
Spend the entire day onboard the luxurious Rovos train. Just eat, drink, sleep and enjoy the ride. We travelled though Botswana the entire day and had a single stop at a farm. It was followed by a short safari ride, but we didn’t really see any animals apart for some birds. The food was again a pleasant experience and especially the breakfast exceeded my expectations. Excellent scrambled egg with salmon and mushrooms, just like I love it. This day was the first entire day without internet I’ve had in a very long time. 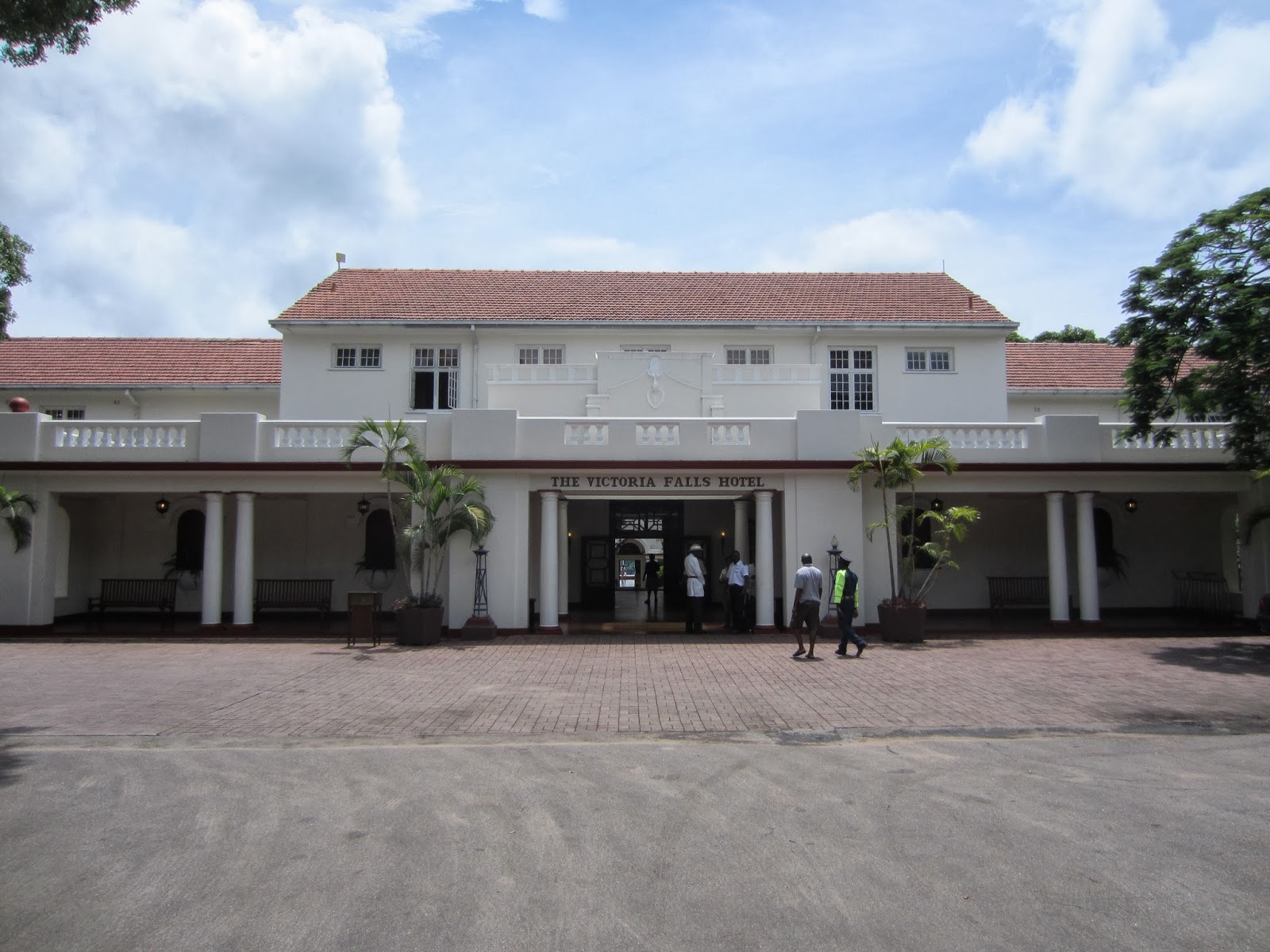 January 25th
Crossing into Zimbabwe and Rovos Rail took care of everything yet again. I didn’t even have to see an immigration officer. The breakfast was excellent like yesterday. I spend the afternoon talking to my fellow passengers to hear their opinion about the Rovos experience. People were generally satisfied because of a high service level from the great staff. The food received mixed reviews, but I, myself, was pretty satisfied. You can’t expect Michelin food onboard a train, but the wines were absolute world class. The Pretoria – Victoria journey was a two day journey, but from this coming soon another day will be added so the passengers have the opportunity to do more activities. One of the main things people pointed out as a thing to improve. At 5 PM we arrived at Victoria Falls Station, right at the Vitoria Falls Hotel where I was booked in for a night. A historical hotel with tons of character and with membership of the Leading Hotels of the World. See my article at Hotel Passion for more information. 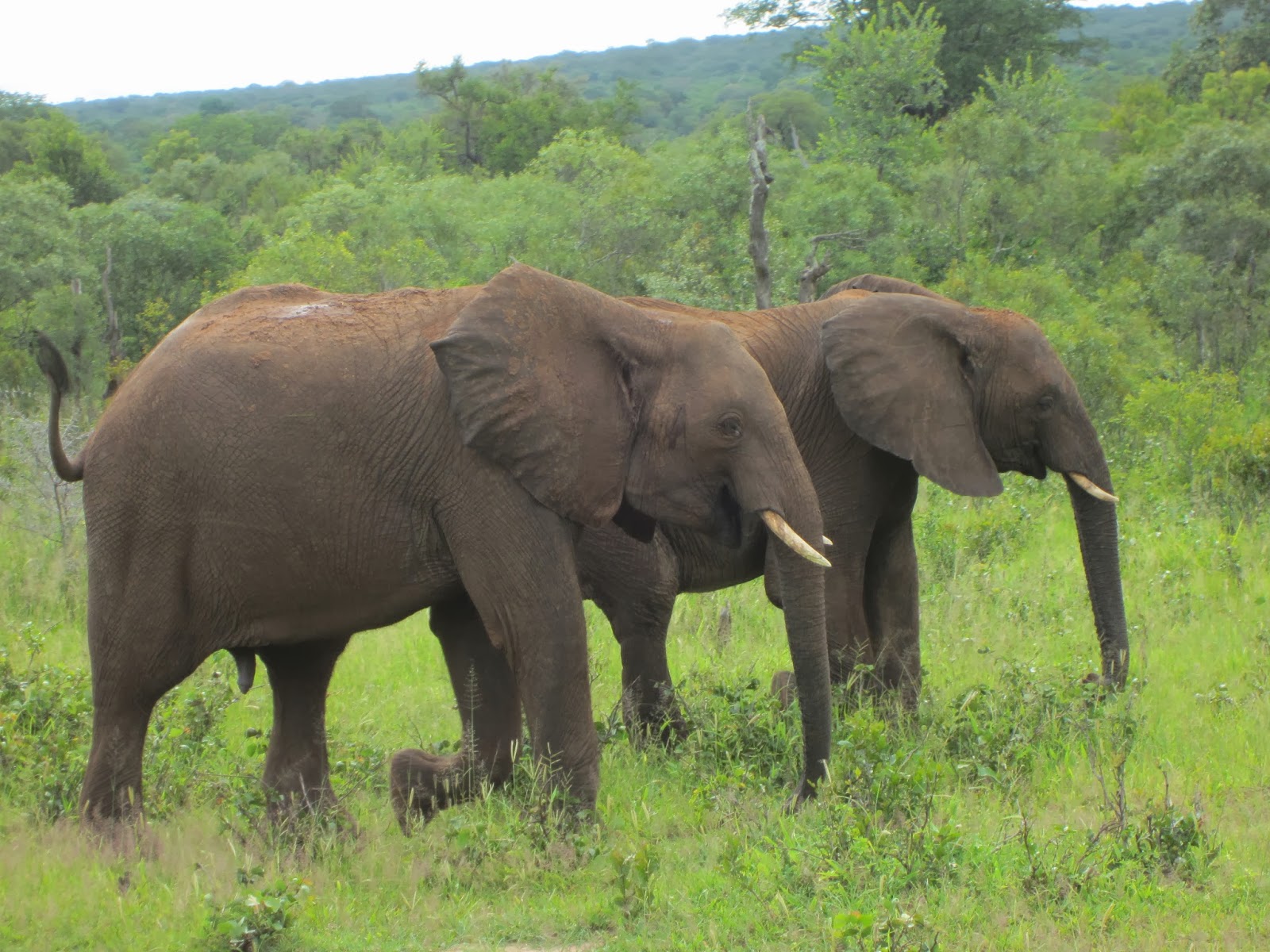 January 26th
I woke up early, did some emailing before having breakfast at the beautiful surroundings at The Victoria Falls Hotel. The breakfast would be one thing to improve at this hotel, which should have had some high quality ala carte choice and higher quality in the buffet. That being said, the character and history still makes The Victoria Falls Hotel a great experience. I was picked up by Stanley and Livingstone hotel and arrived to a warm welcome at this property, that surprisingly felt like an English country house. It was very pleasant and with a good internet connection. I spend the afternoon on a safari trip and it was really something I had missed as its been 2 years since my last game drive. The day ended with lots of travel planning and a great dinner in their restaurant. Read more about it at Hotelpassion.info. In the late evening, heavy rain occured and because of that, the internet didn’t work. 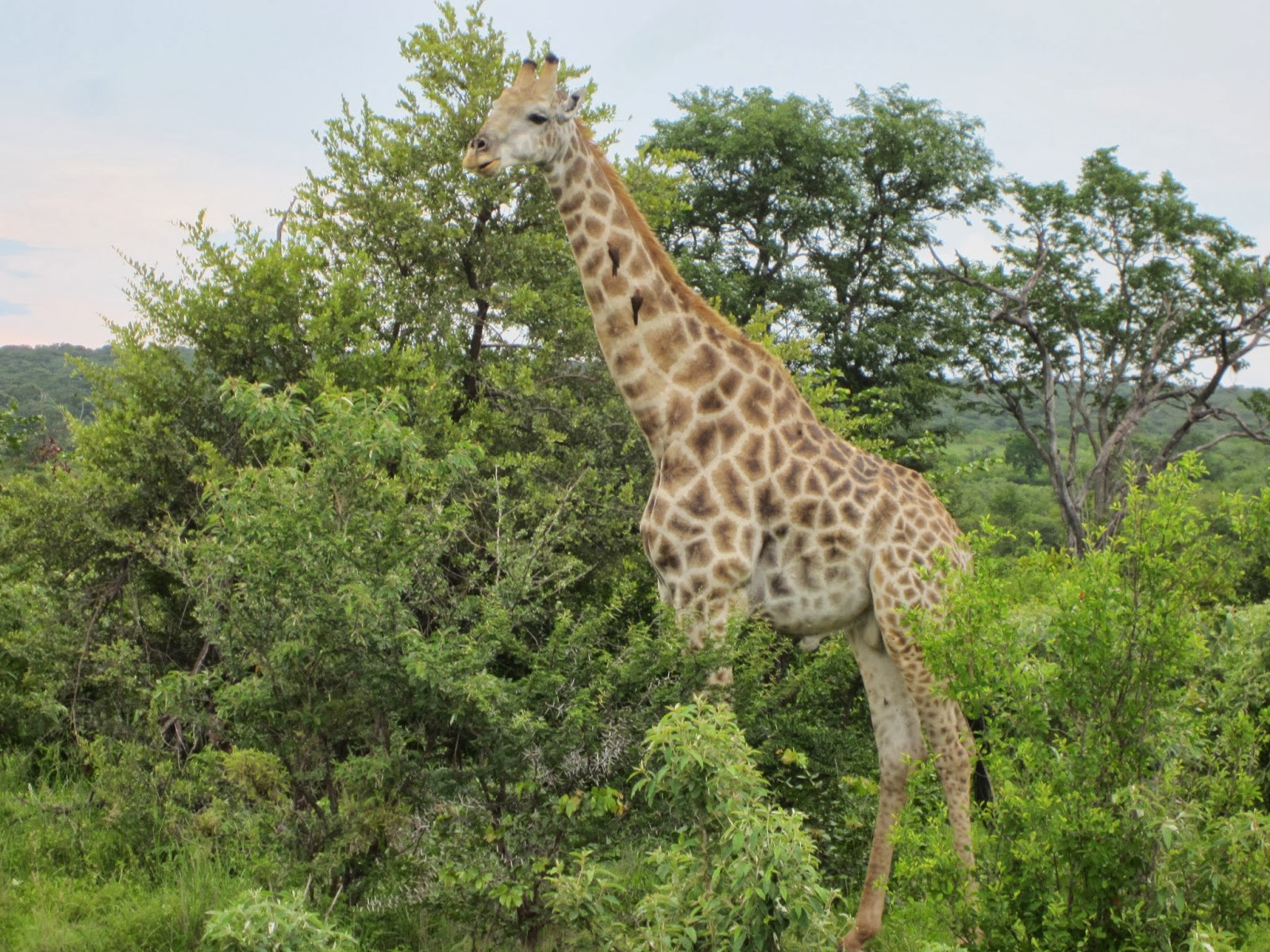 January 27th
Pretty hectic morning as the internet still wasn’t working and still with lots of work to be done. I had a good breakfast, before Stanley and Livingstone took me to their office in town where I had the long needed internet access. After doing some work, Victoria Falls River Lodge picked me up and I arrived to a beautiful lodge with kind staff and the best rooms in Victoria Falls. Freestanding bathtub and outdoor shower as some of the highlights. I had a cruise trip on the Zambezi River in the afternoon and saw several hippos. Similar to my cruise trip on the same river, but on the Zambian side when staying at The Royal Livingstone Hotel 3 years ago. My lunch and dinner at River Lodge was better than expected and quite good for a remote African lodge. 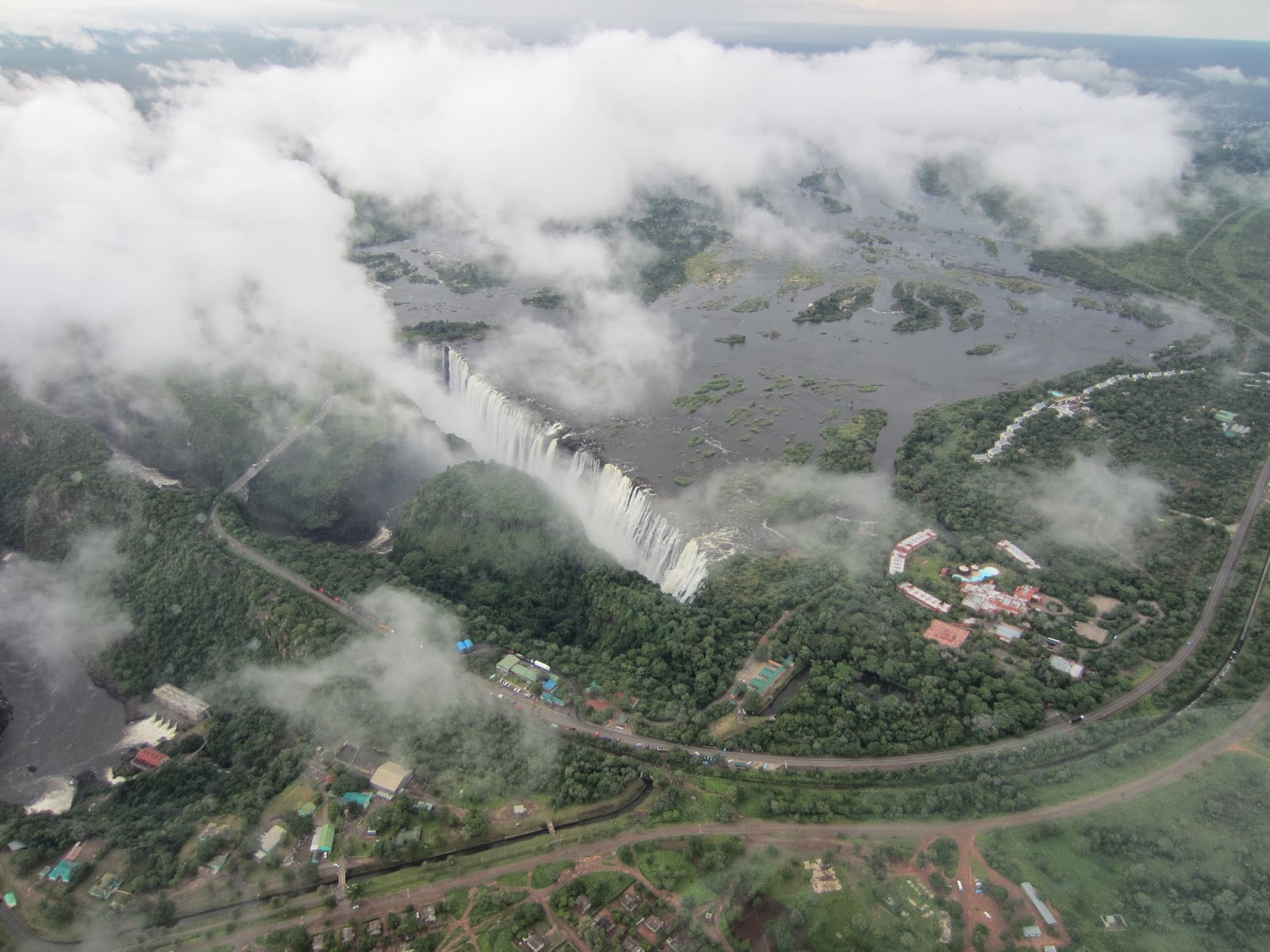 January 28th
Early morning safari at Victoria Falls River Lodge started with a pleasant game drive followed by a good breakfast. The friendly General Manager, George took me to Victoria Falls Safari Club just before noon where I arrived to a warm welcome. I ha lots of travel planning to be done, but at 2 PM I received a call, that I have to be ready in an hour as I’m invited to do a complimentary tour of the Victoria Falls. It was George, the River Lodge Manager, that had called a local company called Bonis Air. It was really fantastic as it was something I really wanted to experience, but just couldn’t afford unless I found a sponsor. It was a fantastic 15-minutes experience and I was lucky enough to be in the front seat with the pilot. Sometimes its good to travel alone. Bonisair took me back to the Safari Club, fromwhere I had a very interesting dinner with the GM, Jonathan at their famous Boma restaurant. I eat a worm for the first and probably only time in my life and several other unusual stuff. 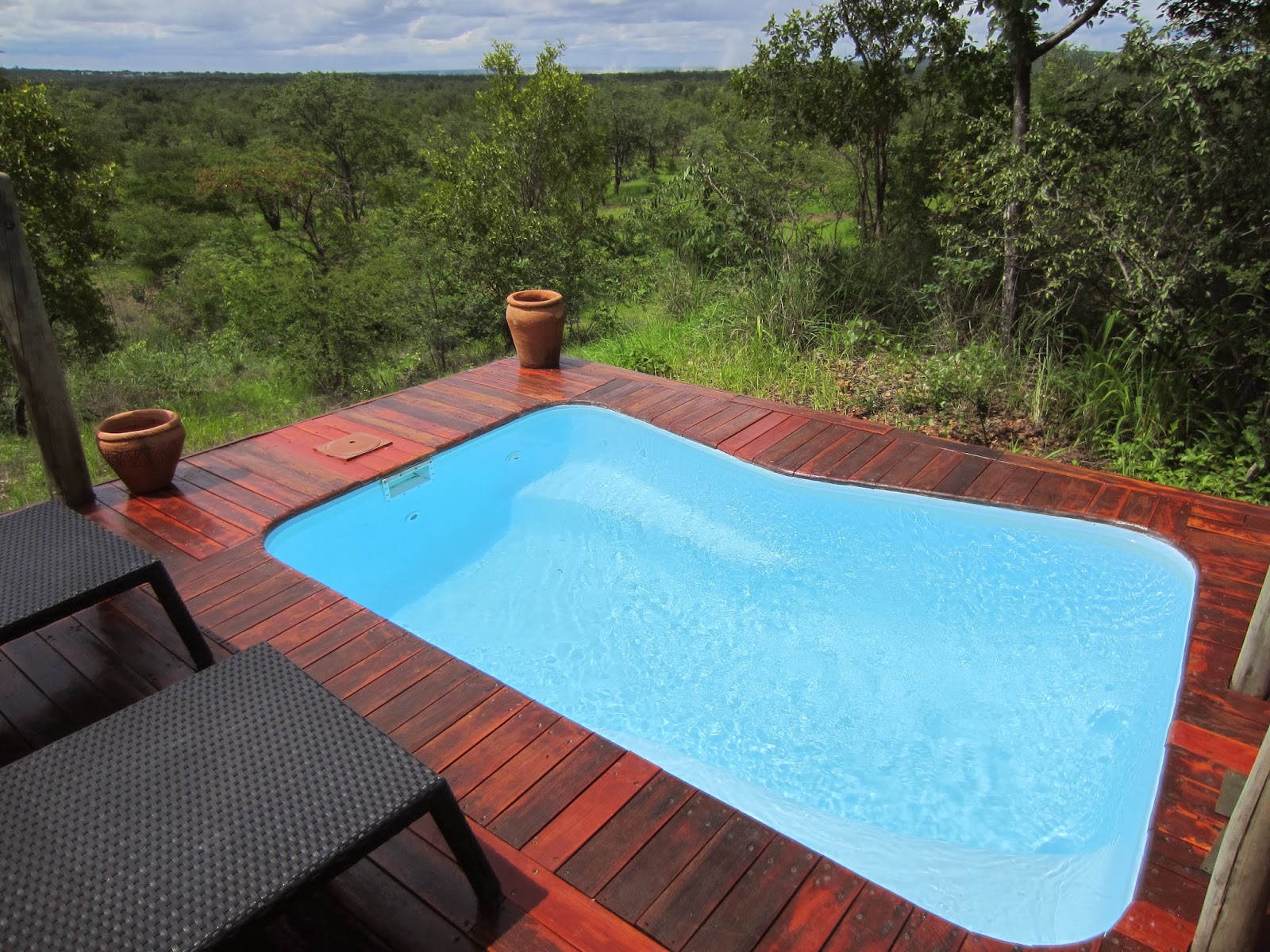 January 29th
I had a good breakfast at the Safari Club, before being picked up by the Elephant Camp, the highest ranked hotel in Victoria Falls on Tripadvisor. For me, I would rank it last of the 6 properties I got to experience in Victoria Falls. I’ve been told they just had a chance in management and that might be the main reason. Food was the worst in a long time, unfortunately and holes in the mosquito net, but besides that a nice experience. Kind staff and good rooms. It might take time for the new management to get everything back on track. 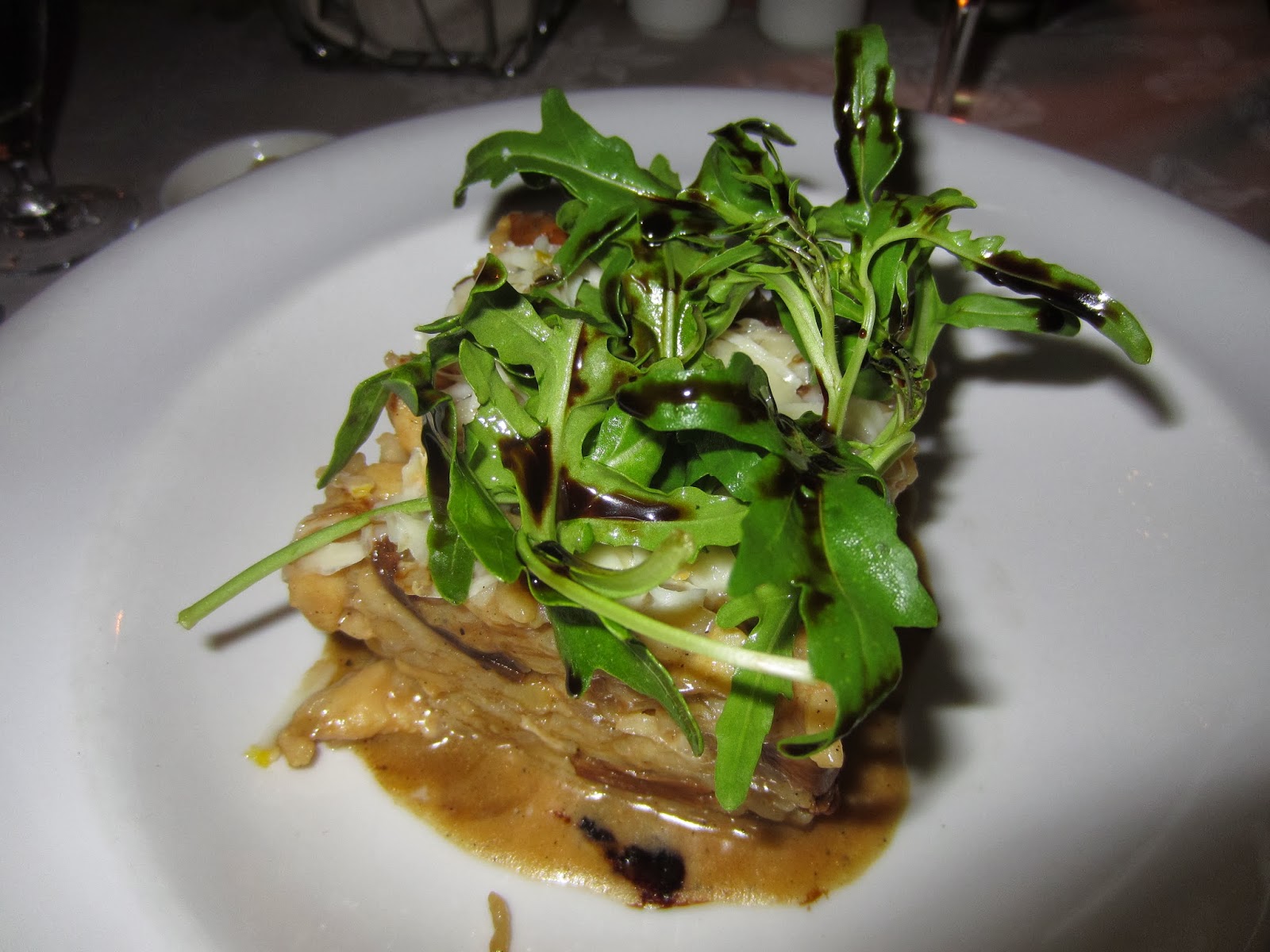 January 30th
When I woke up in the morning, it was with a plan in mind to travel accross to Zambia, but last minute I decided not to go as only everything was too disorganized for me to do the trip. I had planned to visit Zambia on the same trip, but all lodges are closed at the moment because of the rain season. I instead decided to stay an extra night in Zimbabwe, fly to Johannesburg tomorrow and spend an extra week in Mauritius. It was a hectic process to find the 6th and last hotel in Zimbabwe, but late afternoon, I managed to get Ilala Lodge, which is slightly cheaper than the other 5 properties. It is a bit dated, but comfortable and with the best food in town. Excellent dining experience and great service.

January 31st
I travelled back to Johannesburg and stayed in Marion on Nicol. A beautiful contemporary small hotel located close to Sandton. I am getting ready for Mauritius tomorrow morning.