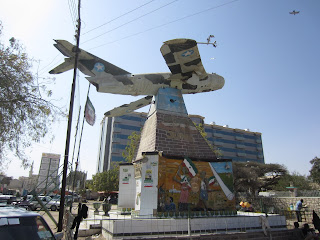 I am planning a book about my journey to all countries and territories. In the meantime, I would like to share a few notes about some of my destinations. Africa is a continent with only six territories according to the Travelers’ Century Club.

-Haven’t been yet, but expect to visit in late 2015.
-Part of Angola.
Picture: Hargeisa, Somaliland.
-TAAG flies daily between Cabinda and Luanda, the capital of Angola.
Equatorial Guinea (Rio Muni, Bata)
-Haven’t been yet, but expect to visit in late 2015.
-Oyala is a city that is being built to be the future capital located on the mainland of Equatorial Guinea.
-Travelers’ Century Club split Equatorial Guinea into two parts in their January, 2014-update.
Spanish Morocco (Ceuta, Melilla)
–Obviosuly part of Spain, but claimed by Morocco.
-Connected by ferry to Ceuta and with flights to Melilla. Air Europa, Air Nostrum and Melilla Airlines flies to and from the mainland.
-Busses runs from the center of Ceuta to the Moroccan border.
Somaliland
-Like an independent country with it’s own currency, flag and government, but not internationally recognized.
-Visa on arrival is possible for USD 80. Read here how I got mine for free.
-Some of the friendliest people in the world and happy to see foreigners.
Western Sahara
–Two airlines flies to Dakhla. Royal Air Maroc to three destinations in Morocco and CanaryFly to Gran Canaria.
-There are no luxury hotels in the Western Sahara.
-Disputed south province of Morocco. Same visa policy as Morocco and no special permit needed.
Zanzibar
–USD50 for visa on arrival that is also valid for mainland Tanzania.
-A cheap alternative to the Maldives. The beaches are great and the water crystal clear.
-Well-connected to the world with direct flights from Dubai, Johannesburg and several airports in Europe.