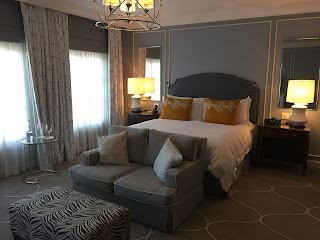 Introduction: An iconic hotel reborn, the new Four Seasons Hotel The Westcliff, Johannesburg, is a stylish urban resort. Elevate on a hillside with panoramic virews across the Johannesburg Zoo and the prestigious neighbourhoods of The Parks, the hotel is still conveniently close to business, culture, shopping and leisure activities.

Above information is how the hotel presents itself on their website.


Below is my experience based on a one-night stay at the property.

My arrival experience: Warm welcome from the kind receptionists. I was told my room would be ready at 1pm on e-mail the day before, but ended up waiting half and hour in the lobby.

What I loved: The stunning design and beautiful views.

What about the breakfast: The breakfast buffet is probably the smallest I have seen in a Four Seasons hotel and is lacking any wow factors you usually find at high-end hotels. The Saxon in Johannesburg are full of high quality items like oysters, but Four Seasons’ buffet are not any better than what you find at a typical 4-5 star hotel in South Africa. I was told 95% of the produce is South African and it was certainly a good breakfast. It just sadly, wasn’t great like I expected it to be. South Africa is one of the best countries in the world for food, and I would expect Four Seasons to stand out. I could name many better breakfasts I have had at 4-5 star hotels around the country where rates are a lot less. As far as I could see any item in the buffet can be bought cheaply at any supermarket in South Africa. I would expect high quality items such as fresh yogurt and fresh fish. Not long term salmon you can find at most breakfast buffet in much cheaper hotels.

The food at the restaurant is very expensive for South Africa, but on average cheaper than almost all Four Seasons I have stayed. I didn’t get the chance to have lunch or dinner here so my review of the food is entirely based on the breakfast.

What about the service: Professional run hotel with experienced Four Seasons personal in key positions, and with 95% South Africans staff. The hotel has only been open for six months and it takes time to reach a service level of Four Seasons. Attention to details are lacking. I was told my room would be ready at 1pm, but I waited half an hour in the lobby upon arrival. Missing welcome amenities, a cheaper product than other Four Seasons and an average breakfast are things to work on to reach the high level of service that Four Seasons are famous for. Many Tripadvisor reviews will tell you the same thing. Especially slow service at breakfast where I agree with the comments. Four Seasons has excellent management and I will sure they will get it right over time.

What about the rooms: Beautiful new rooms with many of the Four Seasons standards such as the ultra comfortable signature bed. A few local touches like four pictures of Nelson Mandela in my room. They sadly don’t have L’Occitane as found in the bathrooms of almost all Four Seasons hotels and resorts, but have replaced it with a cheaper Italian product I personally didn’t like. My bathroom had a separate rain shower from the bathtub and double sink. The rooms didn’t have any welcome amenities besides a bottle of South African produced water. What I liked most about the room was definitely the design itself. Being a new hotel makes a difference and is the main selling point for this property at the moment. They need to put more effort into their service and the breakfast to reach Four Seasons standards.

Number of rooms: 117.
Website: www.fourseasons.com/johannesburg
Type of property: City hotel.
Location: Johannesburg, South Africa.
Facilities: Business Center, gym, swimming pool and a beautiful spa where all in-house guest can use the facilities.
Complimentary internet: Yes, but very slow as you can see in my screenshot below. As I pointed out to the hotel, they list Free High Speed Internet on Tripadvisor, but it’s not high speed. You get free slow speed internet, while you have to pay for a Premium. The Premium is almost 50 mbps and really fantastic. It’s fair to charge for it, but all guest should get at least 1.5 mbps when advertising Free High Speed Internet on Tripadvisor.

The Four Seasons Hotel The West Cliff Johannesburg has a design better than most Four Seasons, but a breakfast and service not up to the standards of the brand. I still rank it as a great experience as it’s only been open for six months, but there are definitely things to work with. For me it feels like they have tried to save on costs wherever possible. All Four Seasons have different owners with different priorities and since this property are focused on cutting cost, it will be difficult to deliver an experience of Four Seasons standards. Overall a great experience where I would love to stay again, and with less focus on cost saving, it could be an absolutely amazing hotel experience. The potential is there! 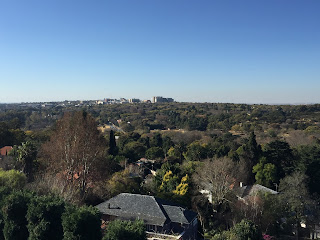 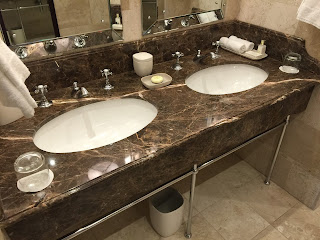 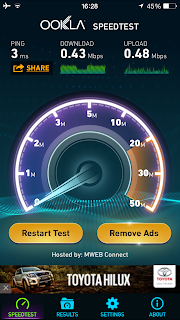