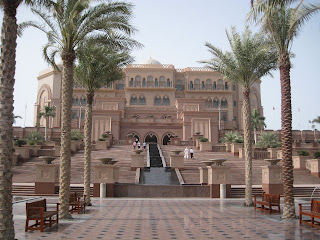 Emirates Palace Hotel is the 2nd most expensive hotel ever build and is slowly becoming one of the most famous hotels in the world. I arrived in Emirates Palace Hotel with some expectations based on several videos I’ve seen of the hotel. After my stay, it’s true that it’s one of the most impressive hotels ever build, but the most important thing in a hotel is always the service.

I stayed in a Grand room, and it was very nice with a large 52 inch flatscreen Tv and a nice bathroom with separate shower and bathtub. As said the most important thing in a hotel is the service and Emirates Palace Hotel is far from the service in the world’s best hotels. With nearly 400 rooms it’s impossible to deliver great personalised service. It feels like a Disneyland where you’re more a number than a guest. Some of the staff were professional and well trained while others were far from the standard that is required in a hotel that wants to be among the best.

They are proud of their butler service, but I only saw the butler once during my stay and only in 10 seconds. He said welcome, and that was it. No explanation about the service or nothing. Very unprofessional, but he is probably Butler for 20 or 30 other rooms and not a personal one like in Burj Al Arab. The rates in Burj Al Arab is around 4-5 times higher than in this hotel, and many people are happy because of the value of this hotel. It is excellent value if you like a palace full of gold, but in my opinion, great hotel experiences are about great service. The internet is complimentary and worked fine throughout my stay. The facilities is very impressive with an excellent conference, private cinema and much more. The breakfast is acceptable, but nothing special and the food is very overpriced.

Overall a very interesting experience. If you can get a promotion rate at USD300 or less, it would be interesting to try, but if you have stayed in some of the world’s best hotels, you will be disappointed with the service, which always will be the most important thing in a hotel. 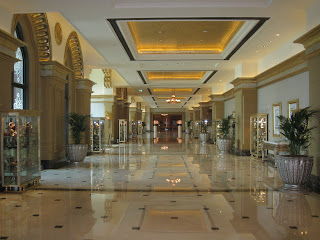 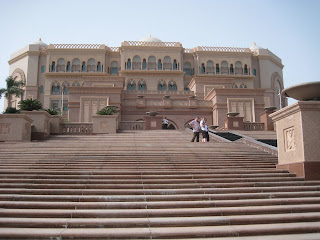 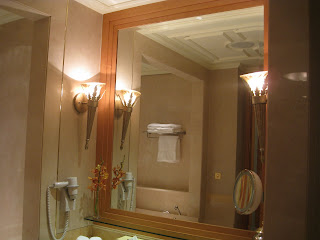 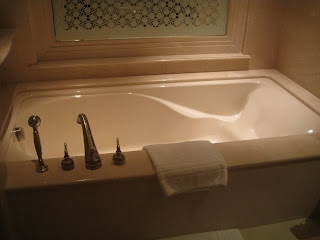 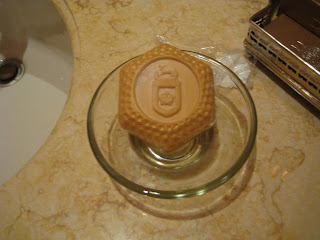 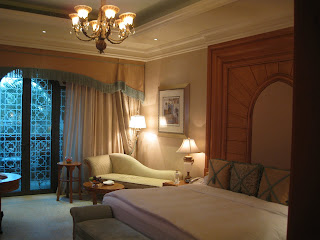 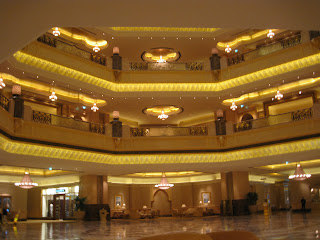